Dawn Marie Marchand is Cold Lake First Nation and Metis.  She has been in and around amazing artists, performers and writers for most of her life.

A student of the Boreal Forest Institute for the Indigenous Arts in Fort McMurray, Alberta, she has a unique perspective on mastery based teaching.  Here she studied with some of the best Contemporary Aboriginal Artists.   Some of her mentor/teachers are:  Alex Janvier, Garry Bertieg, Joane Cardinal-Schubert, Jane Ash Poitras, Eddie Poitras, Brian Clark and Rebecca Belmore.   In October 2011, she was included in the Shifting Patterns exhibit at the McMullen Gallery as an emerging artist.  Her unique style honors the teachings of her mentors while expresses her own vision.

Dawn Marie is an artist who uses the Circle of Courage™ (Reclaiming Youth International) and Art Integration as a way of engaging youth.   She is an advocate for using the strengths of culture as a tool for accessing positive change in lives.She worked at Lakeland Catholic School District as an Aboriginal Student Assistant and Edmonton Public Schools as an Aboriginal Liaison Consultant.  With many years integrating and infusing art and culture into programs and projects, she took on the role of Circle of Courage Coordinator for the Alberta Indigenous Games in 2011.  Dawn Marie was raised believing in the power of community and a spirit of giving back what you can so she is often seen in the background of many projects doing anything from cooking and cleaning to organizing and planning.

Dawn Marie is a published author and has guest lectured at the University of Alberta on several occasions.  She has spoken on Barriers to Aboriginal Student Success and most recently, discussed her perspective on the fresco mural, “The History of Alberta” by H.G. Glyde and “Sky Talk” a large scale painting by Alex Janvier in Rutherford South Reading Room at the University of Alberta.  She has also been invited to do Professional Development at the Art Gallery of Alberta on the use of oral history within Contemporary Aboriginal Art.

Dawn Marie has also continued her community based approach to artwork by doing installations in the Edmonton Folk Festival (Monto, 2013), City Hall during the Truth and Reconciliation Commission (A Place to Hang Your Stories, 2014) and co-producing the art for the Walrus Talks-Aboriginal City (2015). 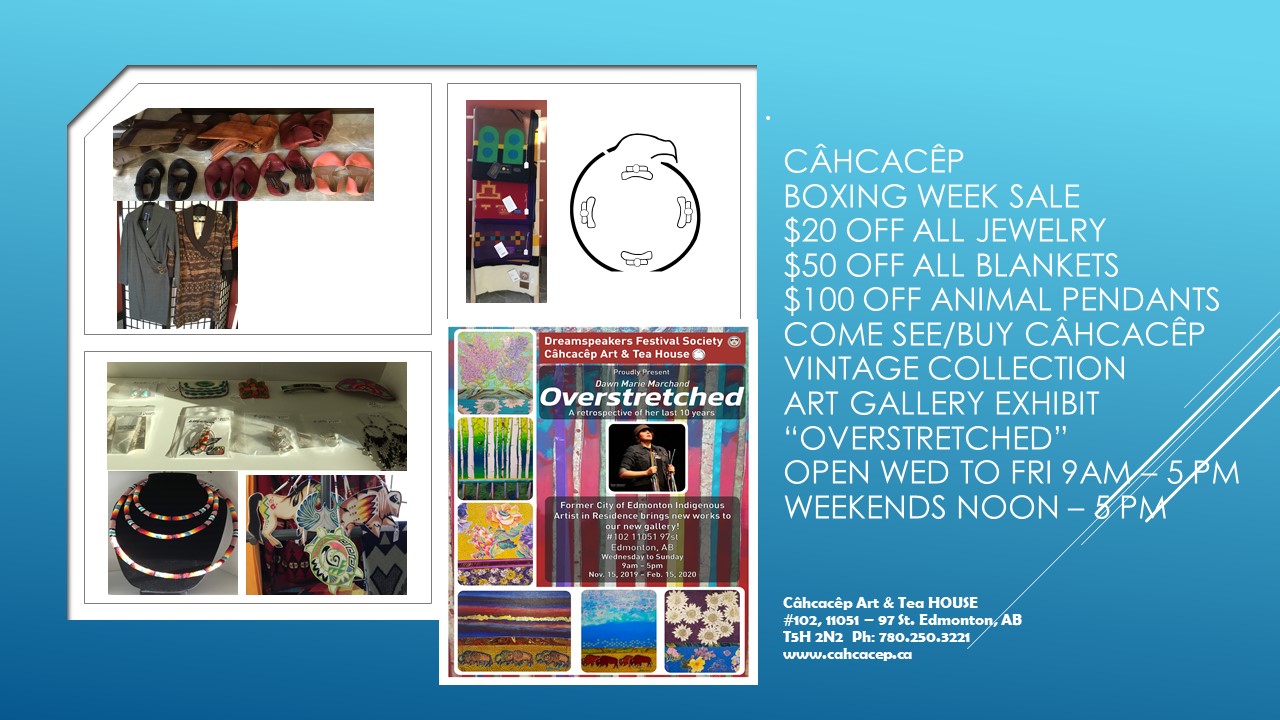